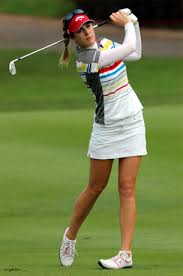 The golf industry has been looking for ways to appeal to more women. Phenomenal female golfers such as Michelle Wie, Lexi Thompson, and Inbee Park have attracted many women to the sport, but so much more could be done to attract and even larger female audience both on and off the golf course.

“I think it’s incredibly important for women to find their space in golf because it’s a game you can play your whole life,” said Dr. Alison Curdt. “Even if you aren’t going to be a professional player or PGA Member, golf is linked to so many other life benefits for women, such as socialization, business relationships, recreation, and health benefits, ” via PGA.com.

PGA Members Nikki Gatch and Kim Falcone serve on the committee and were inspired by their fathers, who were involved with the sport. They wanted to inspire change and growth within the industry to shine the spotlight on women who love golf.

“My father, Jerry Wilhite, PGA, played a major role in me deciding to become a PGA Professional. He was very involved in governance, having served as Iowa PGA Section President. It drove me to follow in his footsteps, to hopefully one day be as successful as he was. But as far as women golf professionals, I was the first one I ever knew, so I had no female role model to look up to. That’s something I hope to change through our women’s initiatives, like Girl’s Night Out, so that other young women have female leaders to look up to,” via PGA.com.

This would be a great start to increase participation with women who love golf, so it will be interesting to see how the progression will pile up in the next couple of years within the golfing industry.

Coming into the 2020 season, the LGPA tour will have 33 events globally, and will include live coverage of five major championships. A lot of fans, as well as players, are excited that these events will be showcased. Slowly, but surely progression in the sport has begun.