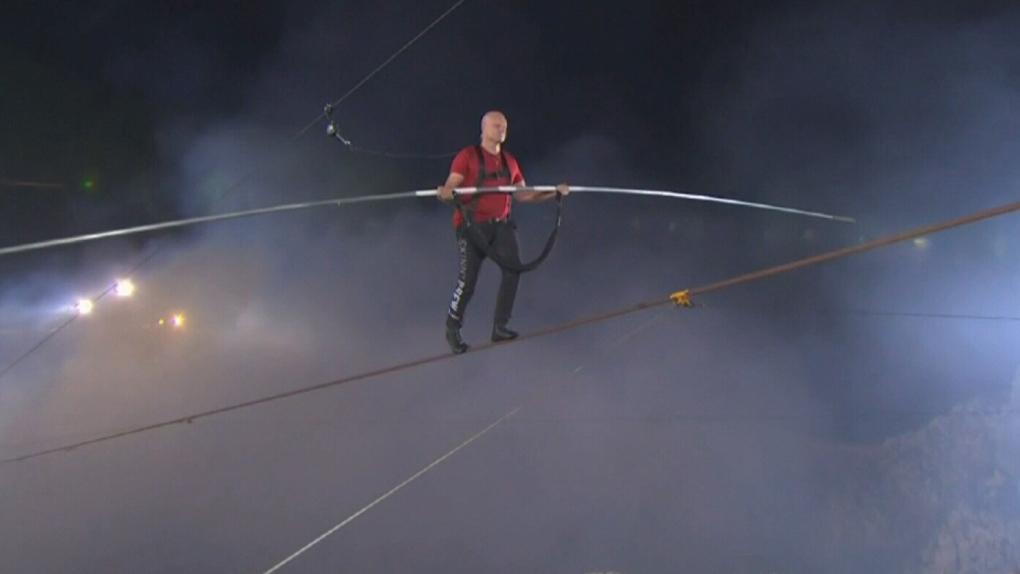 Earlier this week, daredevil Nik Wallenda tightrope walked over the Masaya Volcano in Nicaragua, becoming the first person ever to walk over an active volcano. It took Wallenda 31 minutes to complete the walk. After he completed his mission, critics complained that he wore a safety harness, making it far less dangerous than people were making it seem. His public relations team responded saying Wallenda always wear a safety harness during all of his dangerous tight rope walks.

Wallenda has been eyeing the “walk above hell” for six years. He wanted to see if he could finish his goal and he did. “It took me staying calm and very focused and if I let my emotions take control, I would have been too scared to even finish the walk,” Wallenda said via Foxbusiness.com. “It was everything that I sort of expected, certainly prepared for, but the winds were, as we knew, they were unpredictable,” Wallenda said. “There was a time when I was taking a step and I felt like I got knocked back and I was like, ‘Oh my gosh, I hope I get my foot back around there in time.’”

Wallenda has proven time in and time out through his adventurous career that you can achieve anything you set your mind to. You just have to be physically and mentally prepared, as well as have faith.