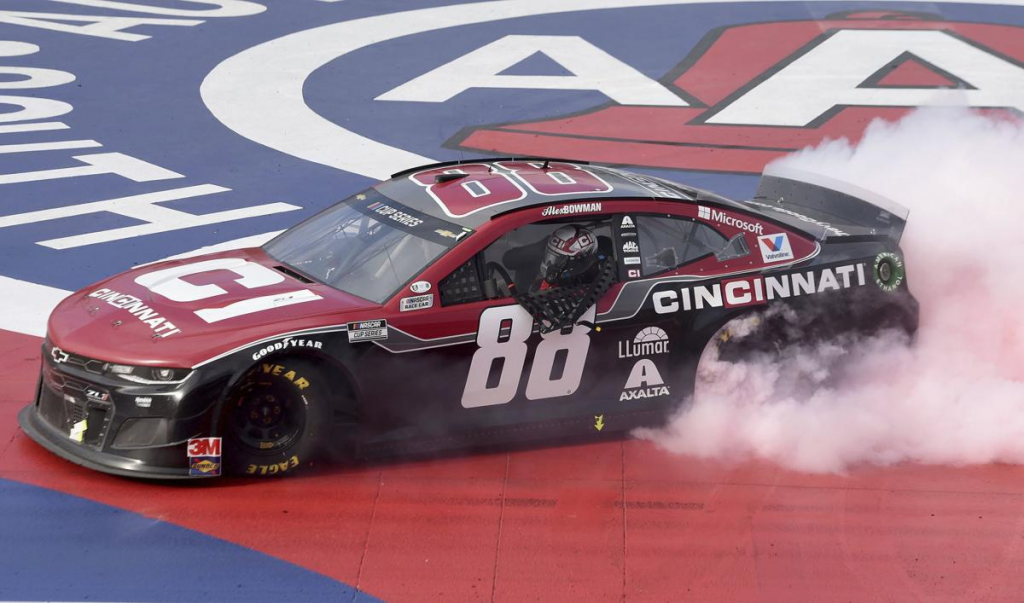 Alex Bowman dominated the Auto Club Speedway on Sunday and took the flag for his second career NASCAR Cup Series victory. Coming into the race, Bowman and his team received a lot of criticism for lack of top 10 finishes, but Bowman revived his team, leading five times for 110 of the 200 laps while taking checkered flag. He took over at the 167 lap and never looked backed.

“How about that, California?” said an excited Bowman “I grew up quarter-midget racing maybe 20 minutes from here in Pomona Valley, went there every week, met a lot of great friends and I know a lot of you guys were here. I promised my buddy, Aaron, that we would get matching 88 tattoos if I won, and I think I have to go get a tattoo now, but that will be a good time.

“It’s been a lot of fun. Thanks to (crew chief) Greg (Ives) and all the guys. He made great calls all day. We were upfront when it counted.” It seems like the No. 88 Hendrick Motorsports Chevrolet has been driving pretty well and this is the car that can take them far this season.

After the win, Bowman was optimistic about the future and had this to say about it and his past experiences. “My life is a lot more organized than it was back then. Greg and all the guys are just on point. We’ve unloaded the last two weeks. I don’t think we’ve had to make a change in the race car from how it came off the truck. That makes my job a heck of a lot easier. I’m just so proud of this team. We put a lot of effort into this new car, and it’s obviously worked out really well.”