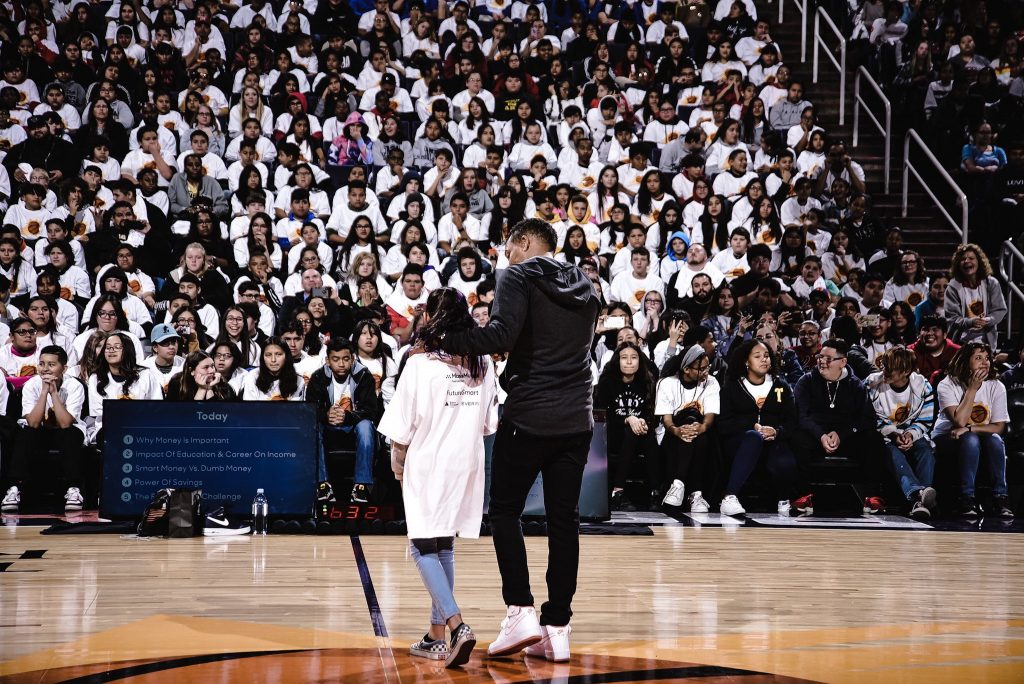 All too often we hear the story about the superstar athlete that has gone bankrupt within just a few years of retirement. From where we sit it may be easy to pass judgment on an athlete who somehow squandered away $100 million, but before you scream “dumb jock” from the heights of your ivory tower, please understand that being able to rain down 3-pointers like Devin Booker has no relation to money management. In fact, a Forbes study revealed that two-thirds of Americans couldn’t pass a basic financial literacy test. In short, even two-thirds of your friends that throw up bricks and airballs are likely to squander away $100 million that fell into their lap.

The MassMutual Foundation realized that a better tomorrow meant educating the youth of today, and in 2014 launched FutureSmart, a nationwide initiative that brings critical financial education to middle and high school students across the United States.

As part of their goal in reaching two million students by the end of 2020, the MassMutual Foundation teamed up with the Phoenix Suns at Talking Stick Resort Arena to provide 4,000 children with financial advice.

The event was led by Suns rookie forward, Cam Johnson, and best-selling author, Hill Harper. Even the Suns Gorilla stopped by! The high-flying mascot may have made the students day, but the event is the first step in making their future.