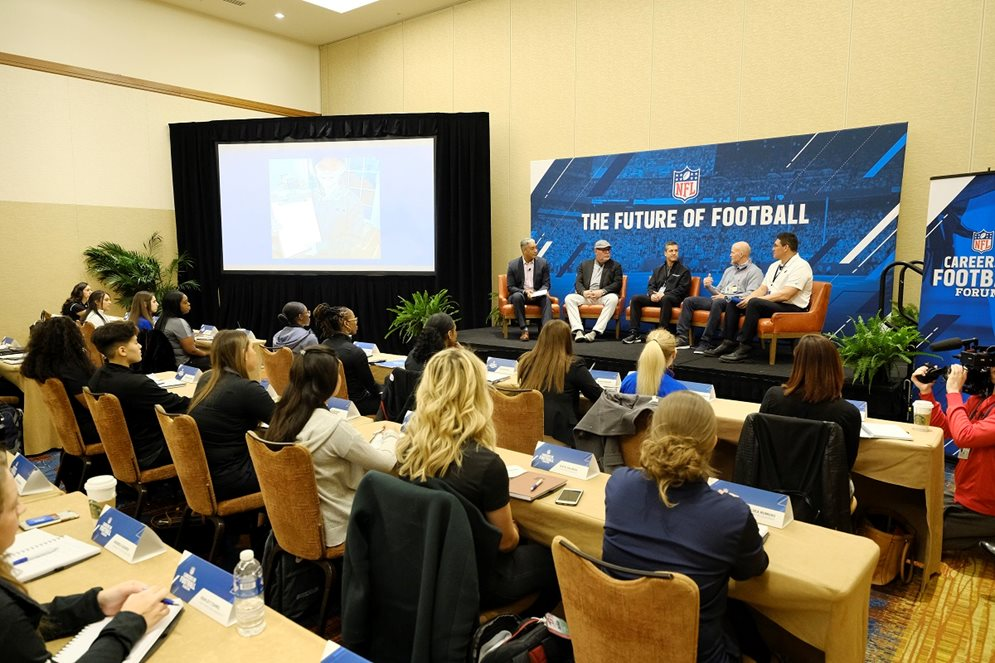 Over the years many critics have asked why there weren’t any women coaches or executives in the National Football League. There was no definite answer. Earlier this month Katie Sowers became the first woman to coach in a Super Bowl and she recently touched on the issue of bridging the equality gap in the NFL. “We have all these assumptions about what women do in life and what men do. I’m not trying to be the best female coach. I’m trying to be the best coach,” Sowers said. “All it takes is one, all it takes is one and then it opens the door for so many.”

This week in Indianapolis, the Women‘s Careers in Football Forum had a lot of admiration for what Sower is doing. Denver Broncos Vice President of Strategic Initiatives, Brittany Bowlen, told the group that Sowers inspired her. “Just even to see Katie coaching in the Super Bowl, I think that inspires so many people that don’t necessarily think they fit the box of what an NFL coach needs to look like,” said Bowlen. “It even inspired me to think what I could do with my career. I think seeing a team performing well and having diverse coaches speaks volumes.”

The Forum is there to allow women to get a leg up in their careers, as well as a great networking event to build connections. “This is a highly networked business,” Bowlen said. “That means they have to have the connections, you have to meet the people, you have to be able to get in the room with the right people that are the decision-makers. That’s difficult when it’s so enclosed. So things like this open up the opportunity for women to have conversations or minority candidates to have conversations with people they wouldn’t necessarily get in the room with.”

Currently, there are eight female coaches in the NFL. Slowly, but surely the NFL is including women in the discussion of coaching and having jobs in the league.