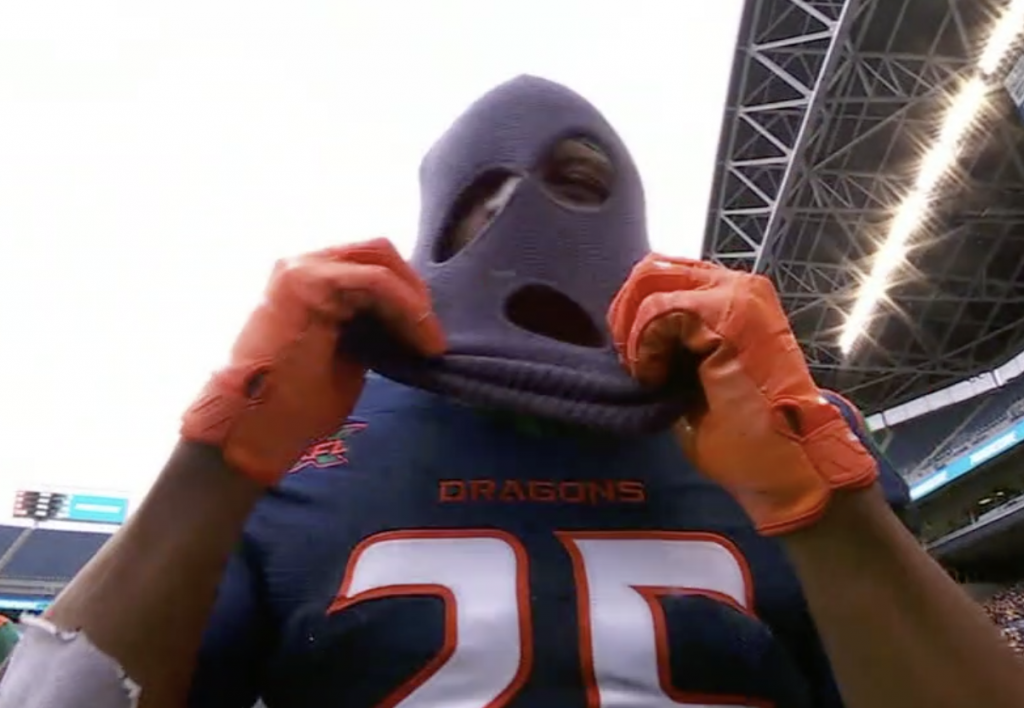 Step aside turnover chain, turnover pads, and apple turnovers! There’s a new celebration in town, and it resides in the XFL. After a second-quarter interception by Seattle Dragons safety, Godwin Igwebuike, the former Northwestern Wildcat fittingly unveiled the celebratory ski mask after robbing Landry Jones and the Dallas Renegades of potential points.

The Dragons would go on to lose the game, 24-12, but it was certainly a memorable moment that drew attention to a league looking to rebound from its one-and-done failure of a season in 2001.