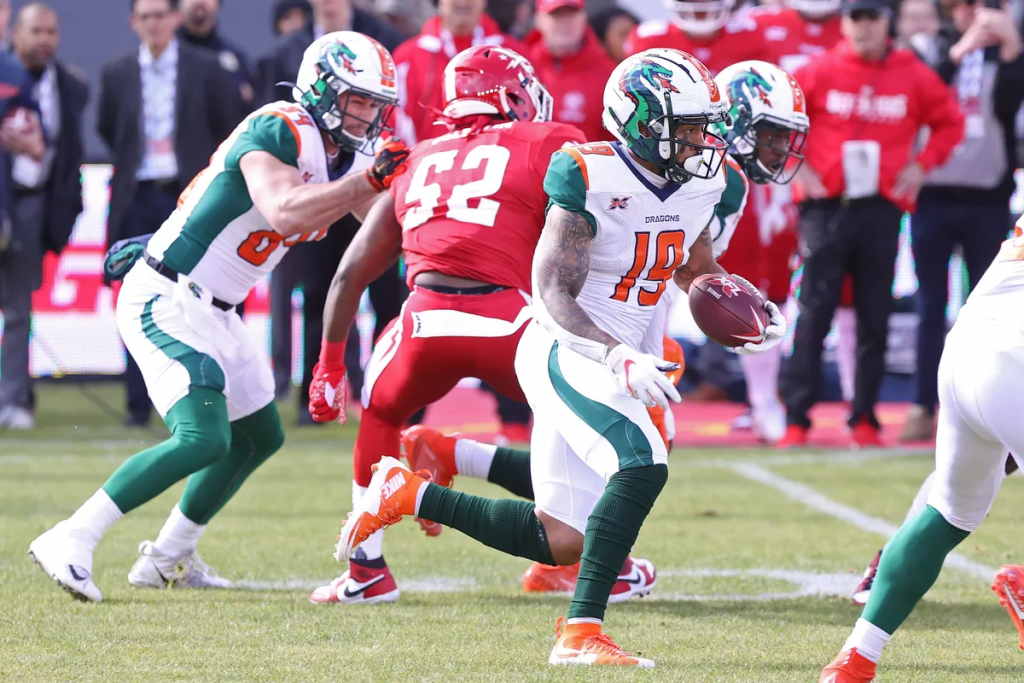 The Seattle Dragons kicked off their home opener against the Tampa Bay Vipers, and the Dragons defense did not disappoint. In the first quarter, the Dragons defense was very stout. On a fourth and long, the Dragons stopped a potential Vipers scoring drive as they pressured the Vipers quarterback, Aaron Murray, and forced him to throw the ball out of bounds.

Dragons quarterback, Brandon Silvers, looked uncomfortable in the pocket for the most part in the first quarter and was not accurate with throws down field. However, Silvers got a nice drive going in at the start of the second quarter, but the Dragons missed an opportunity to cash in on points, as they failed on a Keenan Reynolds field goal that sailed wide left.

On the ensuing possession, the Vipers rammed the ball down the Dragons throat with a few slant passes, as well as a nice nine-yard gain to put the Vipers in the redzone. The Dragons stopped a potential touchdown, so the Vipers had to resort to kicking a field goal, which was good, making it 3-0 with two minutes left before the half. At the end of the half, the score was Vipers 3 and the Dragons 0.

At the start of the second quarter, the Dragons got a huge break coming out the gate with a big kick return that put the ball around the 40-yard line of the Vipers. After another promising drive, Silvers threw a crucial pick in double coverage, which the Vipers took back to the house to make it 9-0.

After the pick, Silvers gathered himself on the next possession, Silvers delivered a 68-yard strike to Keenan Reyonalds to get the Dragons on the board to make it 9-6, in favor of the Vipers. The Dragons defense pressured Murray on a third and short and Murray threw a pick-six to Marcel Frazier, who took it in to put the Dragons up. The Dragons went for two and converted on it to make it 14-9 late in the third quarterBack and forth the two QBs went, as Murray torched the Dragons secondary with a few 20-yard passes down the field and a few seven-yard gains on the next series, which put the ball at the one-yard line. Seattle’s defense stopped the Vipers from scoring a touchdown; the Vipers had to settle for a field goal, but could not get the snap down correctly in order to attempt the field goal.

With two minutes left in regulation, the Dragons bled the clock with a few runs, as well as a roughing penalty call that the Dragons accepted to put them at the 16-yard line and kicked a field goal to make it 17-9 with under a minute to play in regulation. The Vipers shot themselves in the foot with a block in the back penalty that killed their drive and made it a 1st and long. After a few short passes, the Vipers were in business, with nine seconds left at the 20-yard line of the Dragons. The Vipers shot themselves again as a crucial offensive pass interference call in the back of the endzone caused the Vipers to lose the game.