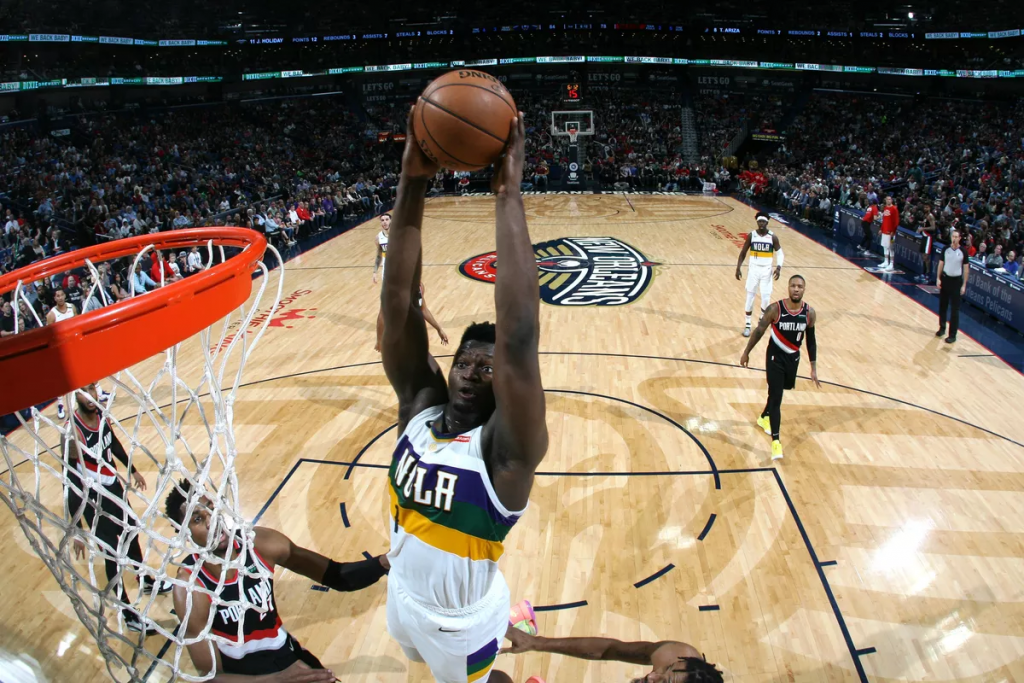 In a nine-game span, the number one draft pick Zion Williamson has caught the attention of the world, again. After coming back from a knee injury in January, the big fella has been on a dominating spree, averaging 21 points, 7.7 rebounds, and 2.3 assists per game.

On Tuesday against the Portland Trailblazers, Zion scored a game-high 31 points, collected nine rebounds, and had five assists, making him the first rookie since Dikembe Mutombo in 1991-92 to score at least 14 points in each of his first nine career NBA games. Williamson is also the third player in the last 30 years, joining Grant Hill and Shaquille O’Neal, to have seven 20-point games in his first 10 career starts.

After the Pelicans 138-117 victory, Williamson spoke to the press about his historical night. “I expect to make an impact but I don’t expect to do nothing like this,” Williamson said. “I just kind of look to come in, just kind of fit in, just not try to mess up but my teammates and coaches are always pushing me.”

”I don’t really think he’s comparable to anyone that I have seen,” Portland forward Carmelo Anthony said about Williamson. ”Someone who is as powerful as that, who jumps like that, you can tell he’s getting better and getting a feel for the game.” After the victory, the Pelicans are one and a half-game away from getting into the eighth seed and into the playoff race.