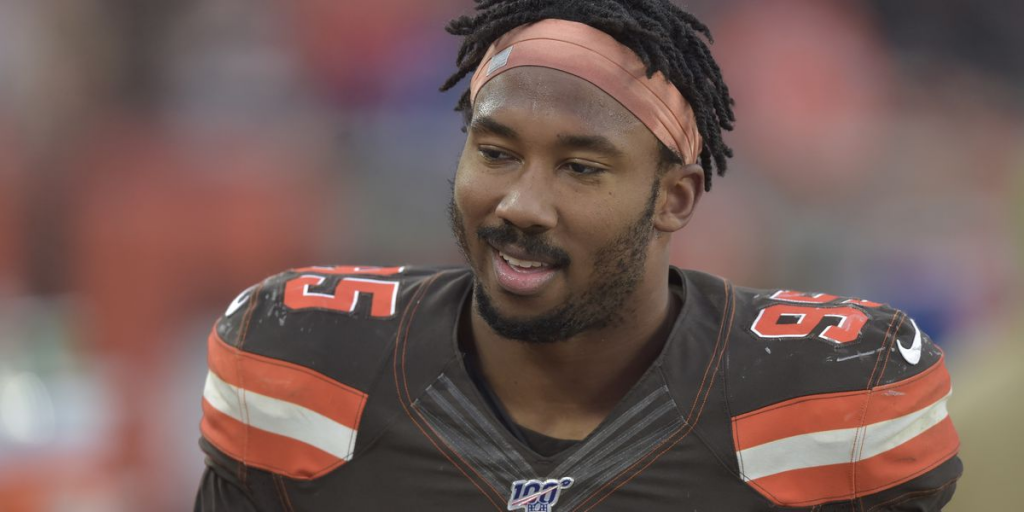 Myles Garrett and the Cleveland Browns can put the past behind them and look forward to a potential positive year. Today, the NFL reinstated Myles Garrett after suspending him indefinitely for hitting Steelers quarterback Mason Rudolph with his helmet after a scuffle between the two players.

“We welcome Myles back to our organization with open arms,” Brown’s general manager Andrew Berry said through a statement released by the team. “We know he is grateful to be reinstated, eager to put the past behind him and continue to evolve and grow as a leader. We look forward to having his strong positive presence back as a teammate, player, and person in our community.”

Before the incident, Garrett was a force for the Browns in 2019, recording 10 sacks in 10 games. In his three year NFL career, he has already recorded 30.5 sacks. Garrett has been apologetic about his wrongdoing and said numerous times that he wants to move forward and play the game that he loves.

This is the season for redemption for the Browns. They showcased immaturity last season and a lot of pressure will be on the team, as well as their new head coach, Kevin Stefanski, to succeed. This is their year to tell the world that the circus is over and that the Browns are serious playoff contenders.