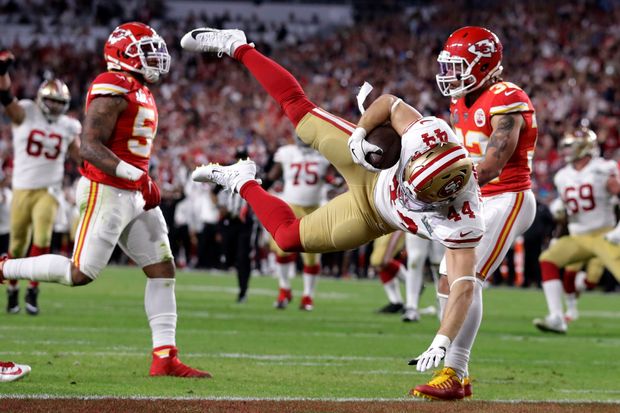 So far Super Bowl LIV is as close as one could have hoped with the two teams heading into the locker room tied at 10.

A great game has been expected for weeks, but what may have not been expected was that the Chiefs would lead the game in rush attempts, and the 9ers would be the only ones with a passing touchdown.

The 9ers would be the first to strike when Robbie Gould hit a 38-yard field goal midway through the first quarter, but the Chiefs would answer not long after when superstar quarterback, Patrick Mahomes, would punch it in the endzone with a one-yard touchdown run.

After Mahomes’ keeper for a score, Jimmy Garoppolo and company would answer immediately, going seven plays for 80 yards and a score. Fullback, Kyle Juszczyk, would run a beautiful route and Garopollo wouldn’t miss him on a play-action pass for a 15-yard touchdown.

As always, the second half will come down to coaching adjustments!