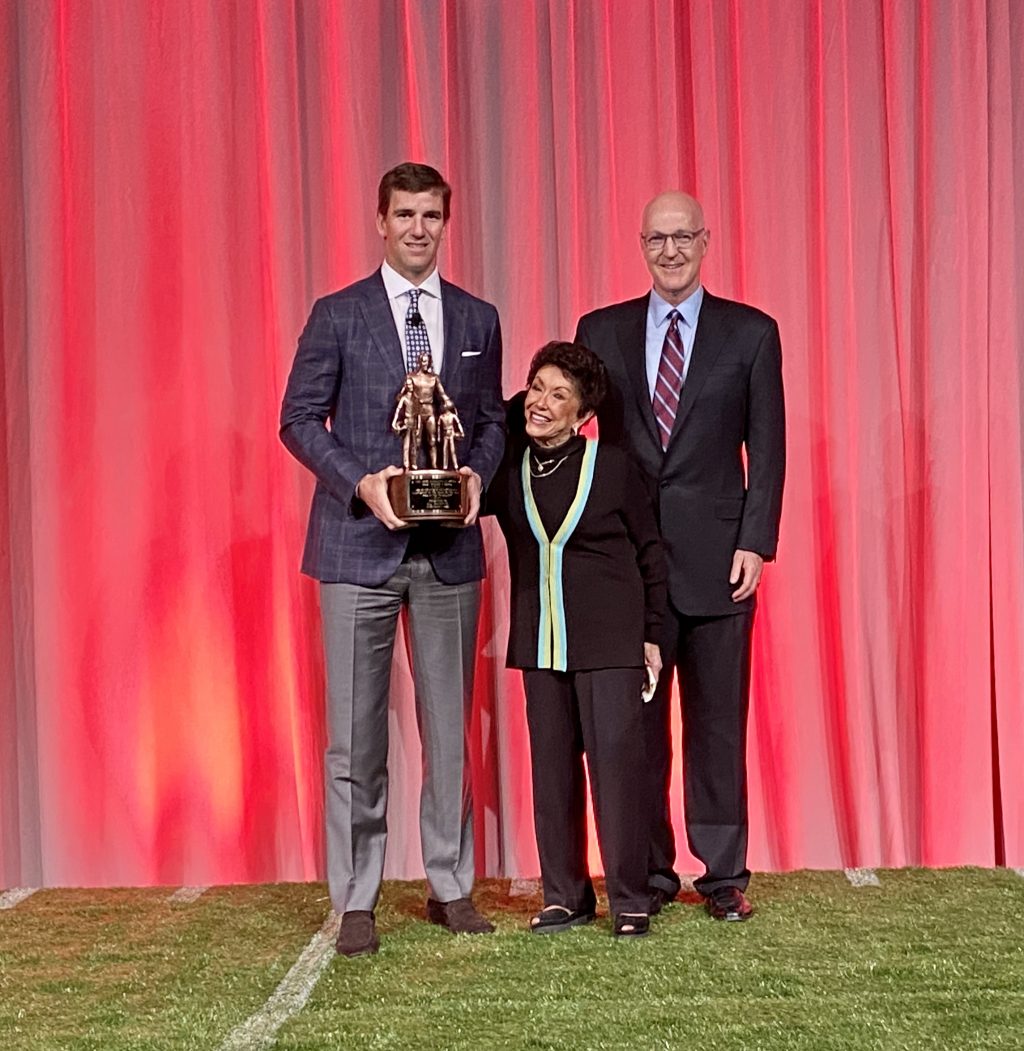 The Super Bowl Breakfast was one for the books as it was the first breakfast without the esteemed Bart Starr. Throughout the morning there were tons of speakers and one was Clark Hunt who praised the work of Athletes in Action for their work on bringing kids to camp to experience Christ.

If one did not know what traits the recipient of the Bart Starr award should possess, after attending the breakfast they have no excuse on why. Bart Starr met his wife in college while he was at Auburn and she was at Alabama. He would drive to see her and spend time with her. Bart Starr was hurt his junior year and benched his senior year and still made it to the NFL Draft and the league. He is arguably the most decorated QB in NFL history and he is the reason that the award is given to a person who is a model of character and leadership in the home, on the field, and in the community.

Other winners present were Anthony Munoz from 1990 and most recently UM Alum Calias Campbell who won the award just last year in 2019.

Bart Starr Jr. helped present the award and he said his Dad left with him these mottos and rules to live by; “always be true to yourself” and “always be humble and grateful”. Bart Starr Jr. said that “Eli treats everyone with the same level of dignity and respect”.  Bart Starr Jr. also left us with the final quote from his father, “a person’s character is like a tree and their reputation is their shadow, the shadow is what we see but the tree is what the real thing is that’s the person.” Starr Jr. exclaimed that he was a big fan of people being exactly who they say they are.

Eli then came up on stage to accept his award and his main points were that he was grateful for the award mostly because he was voted on by his peers in the NFL.

“It’s easy to become elitist. It’s easy to go through life with blinders on. Each of us bears the burden to prove that we are more than a celebrated football player. We need to show that in our homes, in our communities, and on the field,” Manning said.