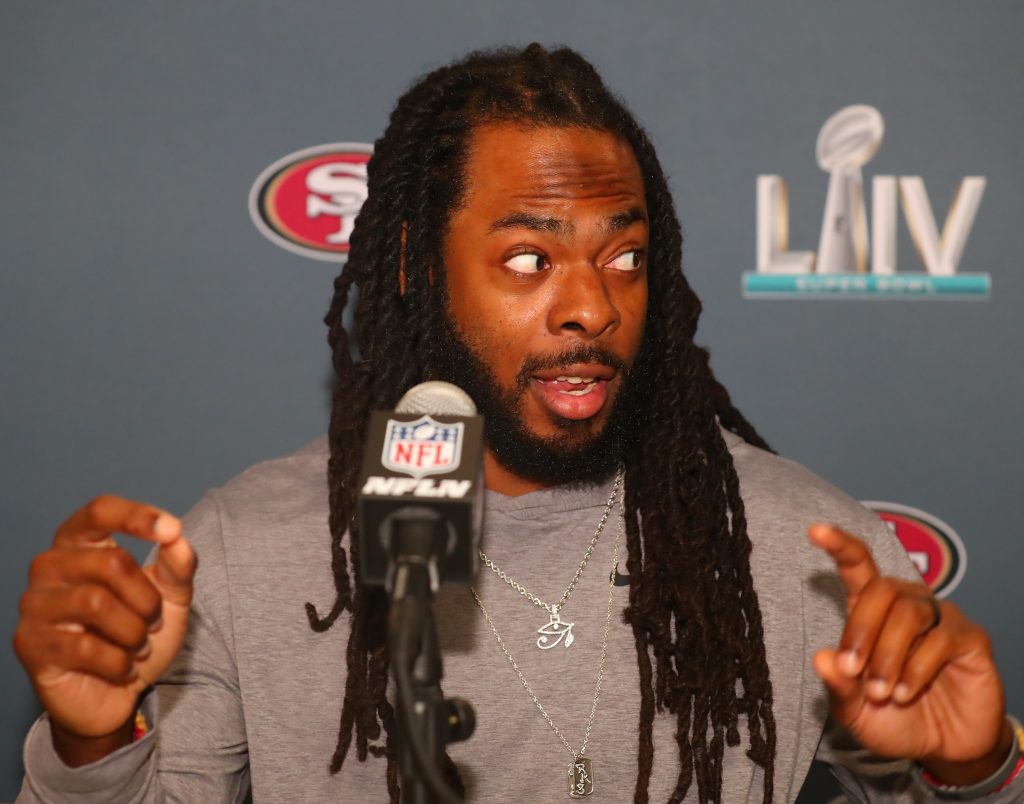 Cocky. Conceited. Arrogant. Depending on what side of the fence you’re on, these may be a few adjectives you’ve used to describe All-Pro cornerback, Richard Sherman. Whatever insult you decide to attach to his name while standing around the barbecue this weekend, make sure you follow it with Pro Football Focus’ (PFF) top coverage defender for 2019.

Out of 128 eligible defenders, Sherman took the top spot for the third time in his career – the first time since 2013. While being targeted throughout the regular season, PFF calculated that Sherman allowed a passer rating of just 46.8. If we continue that calculation into the playoffs, that number dips even lower. So low in fact, that an opposing quarterback would have a higher rating if they chose to throw the ball away on every single play instead.

With play like that, it’s no wonder that the 31-year-old veteran has been drug tested twice in the last two weeks. The audacity! Sherman was anything but happy about the tests, but you don’t have to graduate from Stanford to understand where he’s coming from. The tests hardly seem “random”.

He may never admit it, but these tests have increased Sherman’s motivation tenfold. As a fan, the thought of another Richard Sherman post-game interview laced with insults – this time directed at the NFL – is exhilarating. Do you remember the last time someone tried to test him in a big game? Just ask Erin Andrews.

So, whether he’s your villain or your hero, respect what Richard Sherman brings to the field – even if it’s just one particular zone of the field. Appreciate the emotion he brings out in you, both good and bad. After all, without emotion Super Bowl Sunday would just be another Sunday.

Congratulations to you, Mr. Sherman.