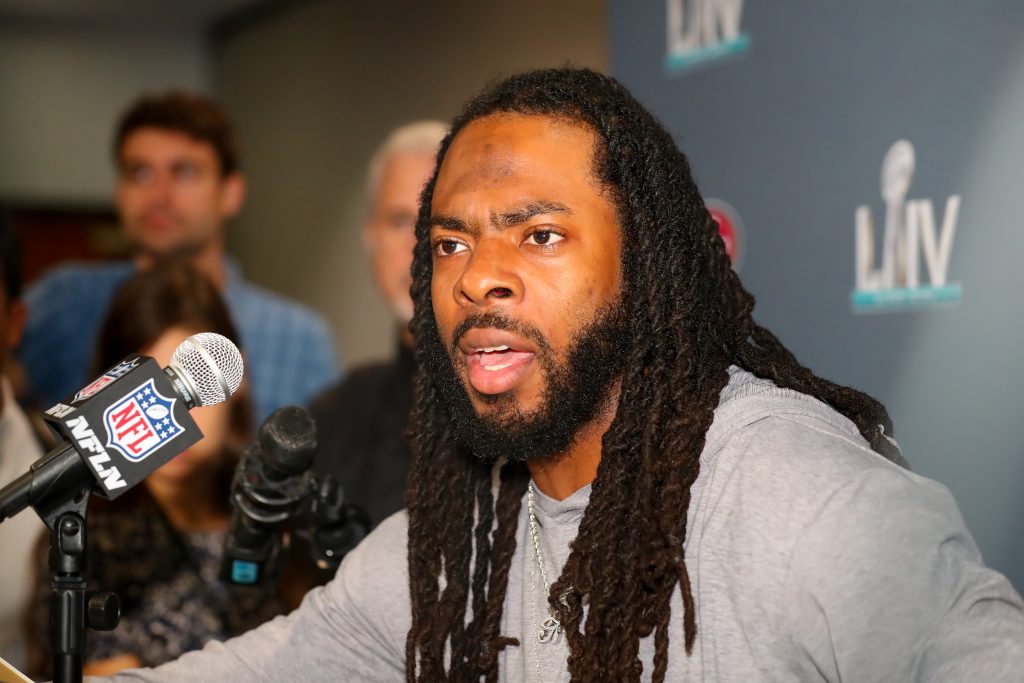 Richard Sherman is never the one to hold back. If you ask him a question, he is going to give you an honest answer. That’s exactly what happened when he was asked about the disproportionate number of minority coaches in the NFL.

It’s no secret that there is a lack of diversity in head coaching roles across the league. There’s especially a void in hiring African American coaches. Of the 32 teams, only four head coaches are minorities (three African-American and one Hispanic).

In 2003, the NFL introduced the Rooney Rule, which requires that each club interview at least one minority candidate from outside the organization when trying to hire a head coach, assistant coaches or senior executives in football operations. The rule was intended to help fix racial inequality, but the number of minority head coaches at any given time has never reached more than eight despite the rule.

So now the question becomes what can players do to take a stand. Some believe that minority athletes should speak up more but Sherman has a different take on it.

“But the people who have say we don’t pressure,” Sherman continued. “The owners, we don’t call, we don’t push to get them. Nobody asks them the hard questions because you don’t want to rub them the wrong way. You don’t want to get on their bad side. I almost say it’s your fault (media) we don’t have those answers because none of you guys are asking the hard questions. Ask the dudes who hire them. Then you’ll get the answers. Or maybe we’re not looking for the answers because we kind of know what they are.”

It’s a harsh reality but there is truth in his statement. The players can’t be relied upon to stand up against their bosses. In the corporate world, employees have the same fear when it comes to confrontation with those who have a say in their job security. For NFL athletes, that is still their job.

Sherman is not your average player. He’s not afraid to speak his mind but not everyone is at the same comfort level. To his point, media has a responsibility and the power to elevate the conversation a variety of issues, even the minority coaching debate.

It takes a village to bring more light to this issue. Until media takes on a larger role in driving change, we can’t ask players to speak up if we’re not willing to do the same.