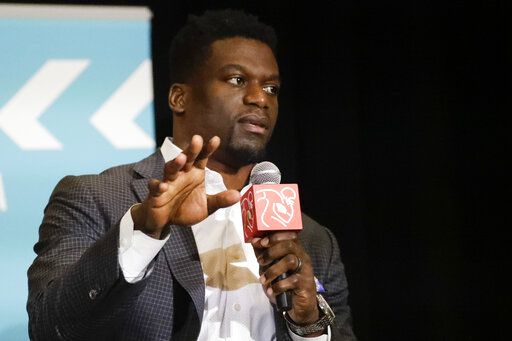 The National Football League Player Association held their annual press conference at the Miami Beach Convention Center. Almost immediately, the touchy subject of the NFL negotiations was brought up. Reporters were told that the NFLPA took a vote and are “treating it as a family business” and “keep(ing) negotiations out of the press.”

The health and safety of the players is a huge part of the negotiations, and something they were willing to discuss, especially facing the possibility of 17 games. “I think that whatever player whether they’re a younger player or an older player, that needs to be at the forefront when it comes to how many games we are going to play or not play”, says New England Patriots tight end Ben Watson. “We all know that football is a dangerous game, it’s a violent game, it’s beautifully violent is what I like to say. The reason why we play it is because we love to compete, but within that, we want to be kept safe, we want to do things the right way, we want to change the game. We all have kids, we all have sons, we all think about how they will enter this game, and we want to leave the game better than the way we found it.”

Refining the policy on drug use is also part of the discussion to make it more contemporary and align it with what’s going on in society. They may end up following Major League Baseball’s recent policy changes on drug use. Currently, the NFL has pain management experts in every locker room and behavioral health specialists. Players would like to see some league drug restrictions lessened, while turning the focus on assisting those that need to get help, specifically the athletes who are dealing with intense pain.

Another hot button topic is the issue of hiring more minorities into major positions within the NFL. Los Angeles Rams’ wide receiver, Mike Thomas, wants the media to challenge ownership on this topic, “When you have those chances to have those press conferences with them and you get a chance to talk to them, ask them. Honestly. Why aren’t they hiring more minorities as head coaches, as OC’s, as GM’s and see what they say because that applied pressure will make them address the issue.”