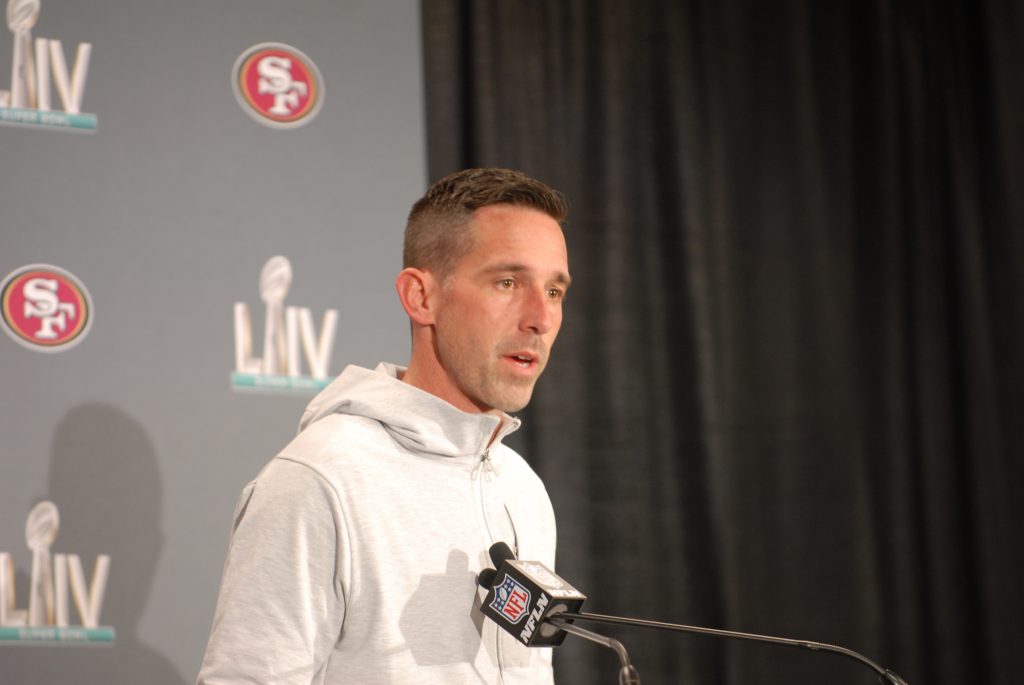 We all know that Kyle Shanahan is the head coach of the San Francisco 49ers, but here are five things that the average fan may not know about him.

Now this may be somewhat common knowledge for most fans, the casual fan may not know this information. Mike Shanahan won two Super Bowl’s as the Denver Broncos’ head coach, and another as the offensive coordinator of the San Francisco 49ers. Clearly, Kyle has done a great job following in his father’s footsteps of being not only a successful offensive coordinator, but a head coach as well.

2. He Played Wide Receiver at Texas

Yes, that is right, Kyle Shanahan was a Longhorn. You probably don’t remember his time there in the early 2000s, as he only recorded 14 career receptions. While he only played sparingly during his time in college, it did not deter him from wanting to join the coaching ranks soon after graduating.

3. He Has Former Longhorns Teammate Chris Simms’ Initials Tattooed On Him

Shanahan and Simms were not only roommates while in college at the University of Texas, but were best friends. One night in college, both of them decided to get a tattoo of each other’s’ initials. Chris Simms has gone on to say that they’ll be “best friends for life“.

4. He Was the Offensive Coordinator During the Falcons 2016 Super Bowl Run

As most of us know, that Super Bowl is marred by the infamous 28-3 lead the Atlanta Falcons blew against the New England Patriots. Obviously the Patriots went on to win the Super Bowl, but the Falcons had a historic offense that season. The Shanahan led offense was the highest scoring in the league, and he was named the 2016 NFL Assistant Coach of the Year.

5. He Has Become the First Son To Follow In His Father’s Footsteps and Lead A Team to the Super Bowl

Never in the history of the NFL has a father and son both led teams to a Super Bowl. Not only has Mike and Kyle Shanahan accomplished this amazing feat, but they could become the first father and son to win a Super Bowl as head coaches if the 49ers are able to win on Sunday.

Kyle Shanahan has been a coach in the NFL since 2004. Most fans don’t know him as anymore than the San Francisco 49ers head coach. Hopefully you have five new bits of information about him. You may even be able to surprise your friends with a few knowledge drops during a Super Bowl party.