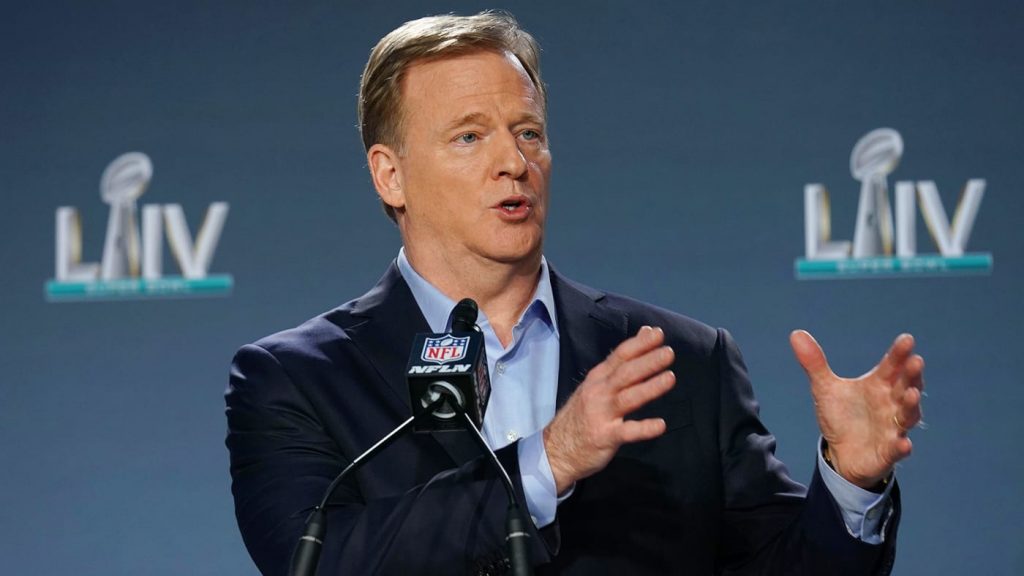 Referred to as the most powerful man in sports, NFL Commissioner Roger Goodell addressed the media at the annual Super Bowl press conference in the downtown Miami Hilton.}

Many expected he would be pressed about ongoing labor talks with the NFL Players Association, as that agreement expires in 14 months.  Goodell quickly shut down those questions “we are not going to negotiate during the press conference” and “(we will) work to find creative solutions.”

Questions varied widely from what’s being done for the future safety of players, to how well Miami and host team the Miami Dolphins are handling Super Bowl LIV.  He says there’s a good reason this is Miami’s 11th time hosting the Super Bowl, the most for any city in NFL history because Miami is a great community that knows how to put on big events. Between having an experienced team and the Hard Rock Stadium Goodell said “we believe we will be coming back here many times in the future,  it’s just a great place for the Super Bowl.”

Goodell responded to a question about how the NFL handled the passing of NBA star Kobe Bryant, saying he is “proud of how the NFL responded including moments of silence” held during the Pro Bowl. Goodell also mentioned that the NFL lost one of their own this week with the passing of Hall of Fame defensive end, Chris Doleman.  Goodell believes both individuals will be recognized during Sunday’s game.

Much of the press conference centered around the two Los Angeles teams, the Oakland Raiders moving to Las Vegas, along with games being held in London, Mexico, and Toronto. Toronto? We’ll get back to that momentarily, though it seems Goodell’s frequent flyer points will continue to add up, just maybe not to our northern neighbors.  He has no timeline set for a franchise on the other side of the pond, yet they have “grown incredibly in London.”  He’s also looking forward to annual games in Mexico City over the next couple years.  While Toronto may be a quick flight for many teams,  it’s missing an important component according to Goodell.  “A stadium that is up to NFL standards is a critical requirement.  It’s not enough to have a great city,  you have to have a great stadium also.”

Goodell was appointed NFL commissioner in 2006. In 2017 he signed a five-year contract extension, keeping him in this position until at least 2023.  When asked about any potential retirement, Goodell believes “consistent leadership is critical” and appears to be going nowhere anytime soon, saying “I haven’t thought about retirement. That day is one day closer than yesterday!”  After a little laughter from him and the media,  he went on to say, “I’m 100% committed to this job.”