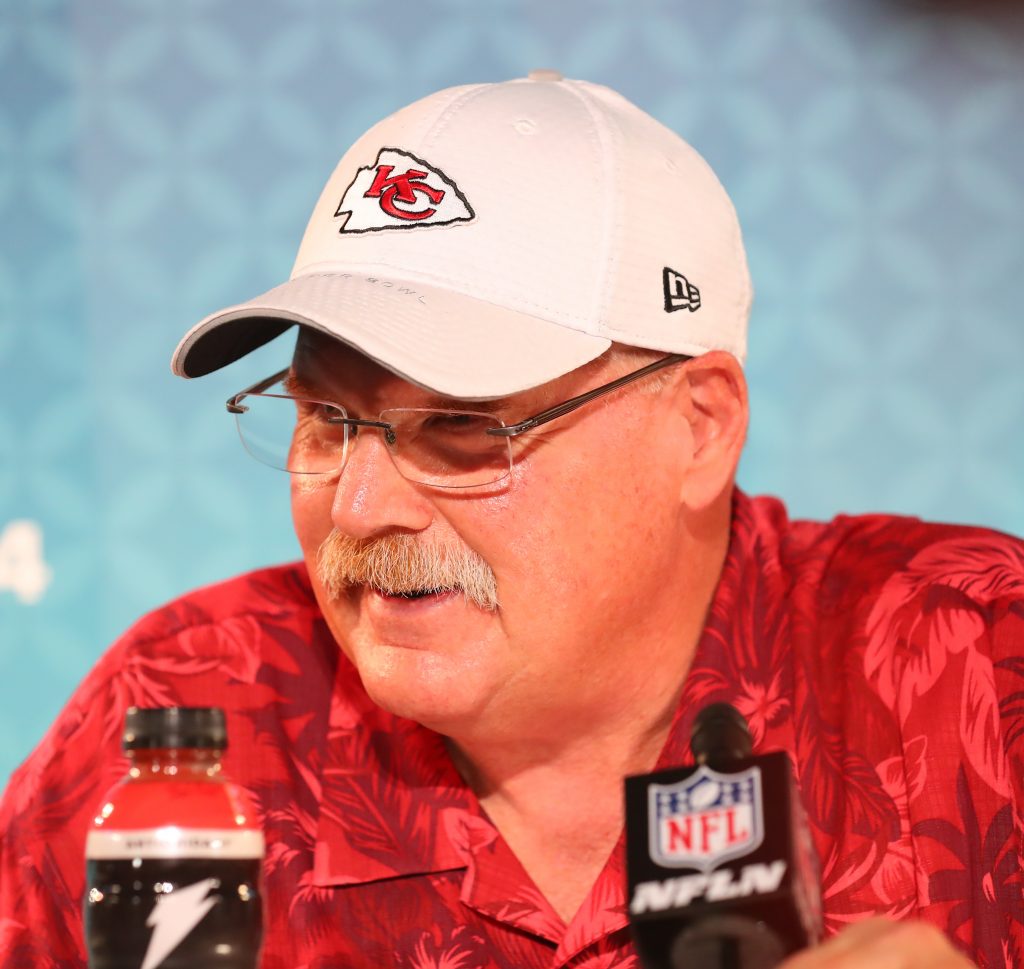 Miami– It seems the Kansas City Chiefs are tired of hearing about the San Francisco 49ers and their shutdown defense.

Chiefs head coach, Andy Reid, gave props to the 49ers and the successful season they’re having, but on media day he made it clear that he couldn’t wait to coach against the 49ers. “We have weapons as well,” said Reid. Reid lost his first Super Bowl appearance in 2005, but he’s optimistic about his chances of getting a championship this year. “We have a great team and we can play with the best of them,” said Reid.

This Super Bowl matchup will be offense versus defense. The 49ers defense is ranked second overall, first in passing defense, and has shut down a lot of high-power offenses, making opponents play their style of football.

For the Chiefs to be successful against the 49ers defense, they can’t get away from their running attack. The 49ers like to play a lot of zone coverage, and they’re pretty good at it. It is hard to catch the 49ers defense off guard, so the Chiefs need to utilize their speedy receivers to keep the 49ers on their heels. Reid and his coaching crew need to implicate some misdirection and trickery in their play-calling to get the well-disciplined 49ers out of their rhythm.

The key to a Chiefs victory is not turning the ball over. Patrick Mahomes is very good with the ball in his hands and can make things happen with his feet. So, don’t throw the ball into double coverage or be too aggressive. Mahomes must let the game come to him. You may see a lot of high balls in the first half, but he has to understand that patience is a virtue. Finally, get your playmakers the ball and let them be the horse that carries the team. Don’t change your identity.