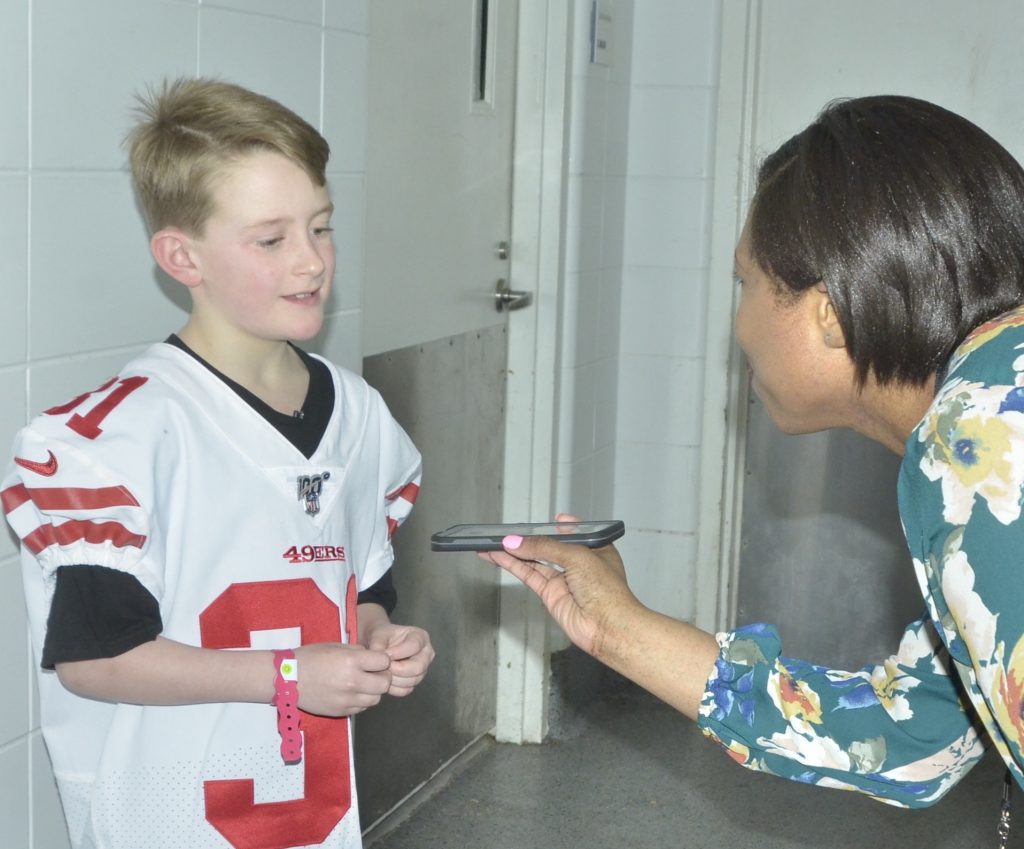 Panini America, a trading card company, launches a Super Bowl sweepstakes every year for kids to be entered into a competition that allows super fans to interview an NFL star.

For children to enter the sweepstakes they simply have to purchase a deck of trading cards that has an access code, send a self-addressed envelope to Panini to receive an access code , or by requesting an access code from Pop Warner Promotions. After review, a winner gets selected between the months of June and January.

This year Jack, an eight year old from Long Island, was the winner. Jack received a call from Super Bowl Champion, Trent Dilfer, to let him know that he had won. I caught up with Jack at Marlins Stadium, which was transformed into a NFL fan’s dream, during Opening night to chat about his feelings on when he found out her was the winner. He let me know that he was “super excited” as any eight year old would be. Although, he is a New York Giants fan, a Dexter Lawrence fan to be exact, he will be rooting for the Kanas City Chiefs on Sunday night.