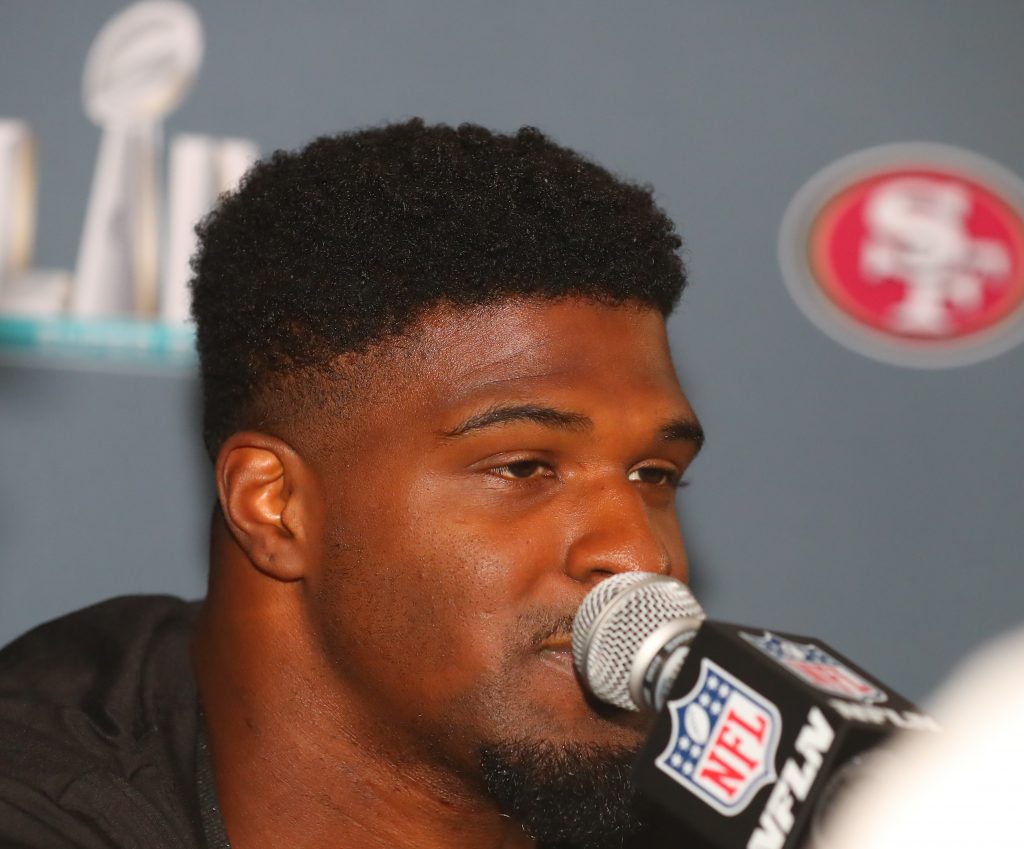 Making mistakes in life is inevitable but for Dee Ford, he made a mistake that haunts him until this day. Let’s take a trip down memory lane. It was two years ago in the 2018 AFC Championship game against the New England Patriots when Ford was a defensive lineman for the Kansas City Chiefs.

It’s not easy to beat the Patriots but the Chiefs came up with a pivotal interception that would have punched their ticket to the Super Bowl. Then the unthinkable happened. A game-changing penalty. It was determined that Ford lined up in the neutral zone which meant the interception wouldn’t count. It was that moment that changed the trajectory of the Chiefs’ entire season.

It didn’t take long for Ford to find himself with a new team in the offseason. The Chiefs traded him to the San Francisco 49ers where he is now embracing the fresh start and playing in a Super Bowl just one season after a career-altering mistake. However, he isn’t letting that define him.

“It was just like any other bad play,” Ford said. You have to forget about it. Most players are going to come across bad plays that haunt you. It’s part of the game. But what makes great players is tunnel vision and perseverance. I don’t harp on things in life. I’m not going to harp on things on the field either.”

San Francisco 49ers coach, Kyle Shanahan, spoke very highly of Ford during the team’s media availability session. He thought Ford was a talented player that would fill a void that his team needed. That’s all he needed to know to make a decision. It is that school of thought that has made Shanahan someone Ford has enjoyed playing for.

“I couldn’t be more blessed and fortunate to be in a situation where I leave a great coach and go to another great coach,” Ford said. “With this being a great young coach. He’s consistent, he’s a genius, he keeps us motivated. That’s hard to find. I feel like I’m a high schooler sometimes. He creates that vibe that I need. He kind of gave me a re-spark to keep going. He’s a special talent as a play-caller and he’s just a blessing to be around.”

Since joining the 49ers, Ford has played in 11 games and started in two. He recorded six and a half sacks and 14 tackles in those games. Needless to say, his career has come full circle. Now he will take the field on Sunday with the new team that embraced him while facing the former team that traded him.