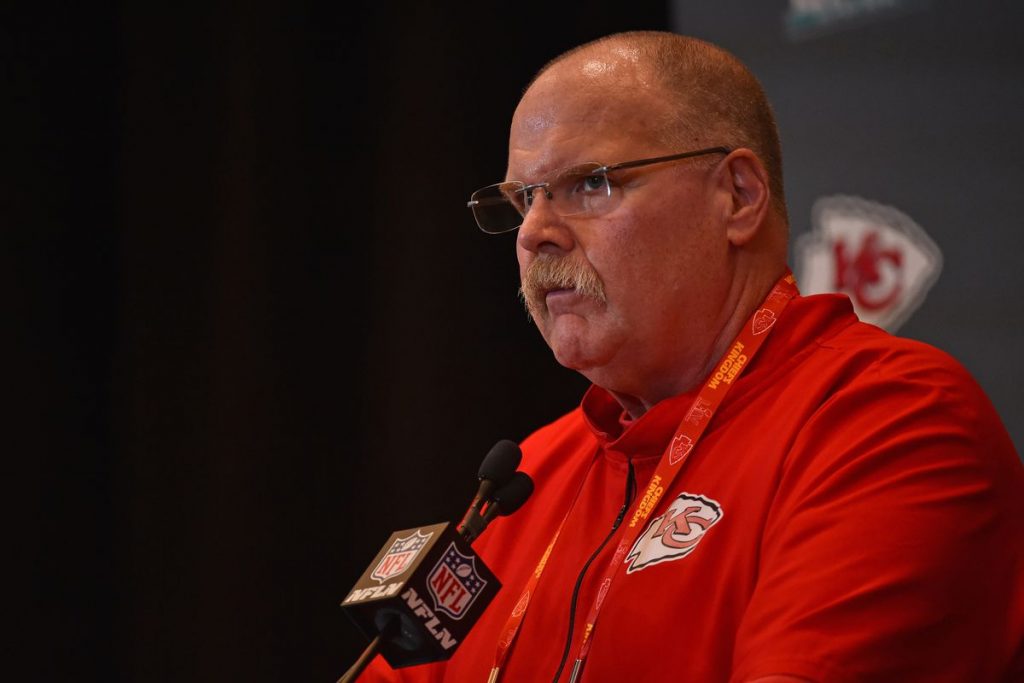 Around 10:45 am at the JW Marriott Turnberry Resort and Spa, Chiefs head coach, Andy Reid, immediately came to the podium and let the public know that he and his squad would be ready to take on the 49ers Sunday night. “No injuries, ready to go, looking forward to the rest of the week and we’re ready to play”, Reid said.

The aura in the room was one of confidence, but one that also recognized the 49ers are by no means a cakewalk. “Kyle Shanahan will do one heck of a job and he will be back. He’s a very sharp guy”, Reid continued.

Much of Reid’s confidence undoubtedly comes from having a superstar at the quarterback position. His confidence in Patrick Mahomes stemmed partly because of the time Alex Smith was still with the Chiefs, and all the wisdom and guidance Smith passed on to Mahomes. Reid said, “Patrick handled it right, and was humbled. I joke about it, but it’s true. Patrick couldn’t pay Alex enough for what he gave him.”

Just roaming around the room there was a sense that the players know the kind of competition they are up against. When asked about Richard Sherman, Chiefs wide receiver Tyreek Hill stated that “Richard Sherman and his leadership and him being on such a great defense, he’s a great pickup and I can’t wait for the challenge.”

Reid also stressed that he felt even more comfortable because he has a coaching staff that knows him. The confidence-boosting during the media day was something that even came with a spin when he was asked about his love for his former home and what that program taught him. The Philadelphia Eagles had Andy Reid as their head coach from 1999 to 2012. Reid only led them to one Super Bowl, eventually losing. He hoped to get a win but says that he loved his time in Philly and it is almost a badge of honor when you do good there.

Reid hopes to achieve even greater heights with the Chiefs who last won a Super Bowl on January 11th, 1970 – 50 long years ago. Whether that helps their confidence or hurts it, is up for subjective debate.