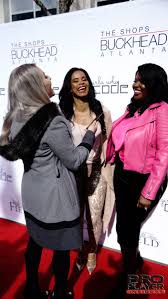 Thousands of sports and non-sports fans alike flock together to celebrate and share hopes and visions during the week preceding one of the biggest events in all sports – the Super Bowl.

With all the hype that surrounds the beloved Super Bowl Sunday and the influx of people to Miami, the city where it’s being held in 2020, numerous organizations related to the Super Bowl or the NFL use the buildup to affect social change. The Off the Field Players’ Wives Association, a group of women who have spouses in the NFL, have been hosting a charity fashion show for the last 18 years, and this year’s will be held on Friday, January 31st at 11:30 AM in downtown Miami.

The fashion show has multiple crowd-drawing aspects that have caused it to sell out in previous years. The most obvious of these is that current and former NFL players’ wives and significant others are the models for the show. The models will be showing off the Design District’s fashion pieces in support of a designated charity to which all ticket sales will be donated. It’s a slight peek into the hearts of the families that support America’s favorite football teams and players as they dedicate a significant amount of time and energy to a cause bigger than themselves.

This year, that cause is Michelle Obama’s Reach Higher program, an initiative to inspire America’s youth to pursue higher education in whatever form is suitable for their futures. The program does this by publicly celebrating students’ successes in academics and enhancing knowledge of and access to resources that will help students reach their educational goals.

Not only does the Off the Field Players’ Wives Association Charity Fashion Show raise funds for a nationwide agenda, but it also bolsters the local community. The association has committed to wearing clothes from brands located in the Miami Design District, an artistic neighborhood in the bustling city. The Miami Design district has over 120 luxury stores and boutiques, architectural brands, and unique restaurants. The area was transformed from a community that had more or less been forgotten into a creative hub that thrives alongside artsy Wynwood and the cultural block of Little Haiti. The fashion show will feature stores that anyone in attendance could go out and find in the Design district, shedding even more light on the area’s charms.

The Off the Field Players’ Wives Association Charity Fashion Show is open to the public, and tickets are still available through Thursday. It’s a unique event that changes locations every year with the Superbowl, so Superbowl fans and Miami visitors alike should try not to miss out on it if they are in the area this week.