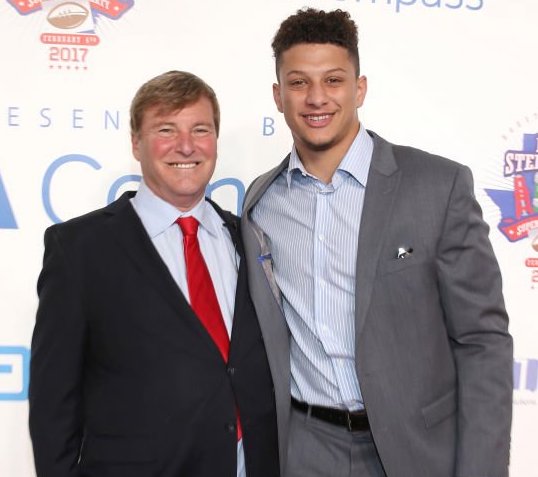 On February 1st, 2020, Leigh Steinberg will host his 33rd Annual Super Bowl Party at Soho Studios in Miami, Florida. In a career that has spanned over 41 years, Steinberg has carved out a name that has allowed him to become one of the most influential people in sports history. The sports agent/lawyer out of the University of California, Berkley has represented the number one overall pick in the NFL Draft a record eight times. He’s negotiated over $3 billion in salary for superstars such as Troy Aikman, Steve Young, and Patrick Mahomes.

But what’s most impressive about Leigh isn’t the countless television programs or magazine articles he’s been featured in. It isn’t the fact that he’s a best-selling author or that he was the inspiration behind Jerry Maguire, a romantic comedy about a passionate sports agent that eventually gets the girl and the payday. What’s truly inspiring about Steinberg is the work he does for people who will only ever have wishes of being a superstar.

This year, proceeds raised by Steinberg Sports will benefit the Make-A-Wish Foundation. Three children diagnosed with critical illness will be given a trip to the Super Bowl to watch the Kansas City Chiefs take on the San Francisco 49ers. While the experience might only be for a day, the effects on everyone involved will last much longer. For children battling illness, having a wish granted can give them the motivation to keep fighting. For their parents, it offers hope.

Tickets to the event can be purchased here: https://www.eventbrite.com/e/leigh-steinberg-33rd-annual-super-bowl-party-tickets-88452605123?aff=ebdssbeac.