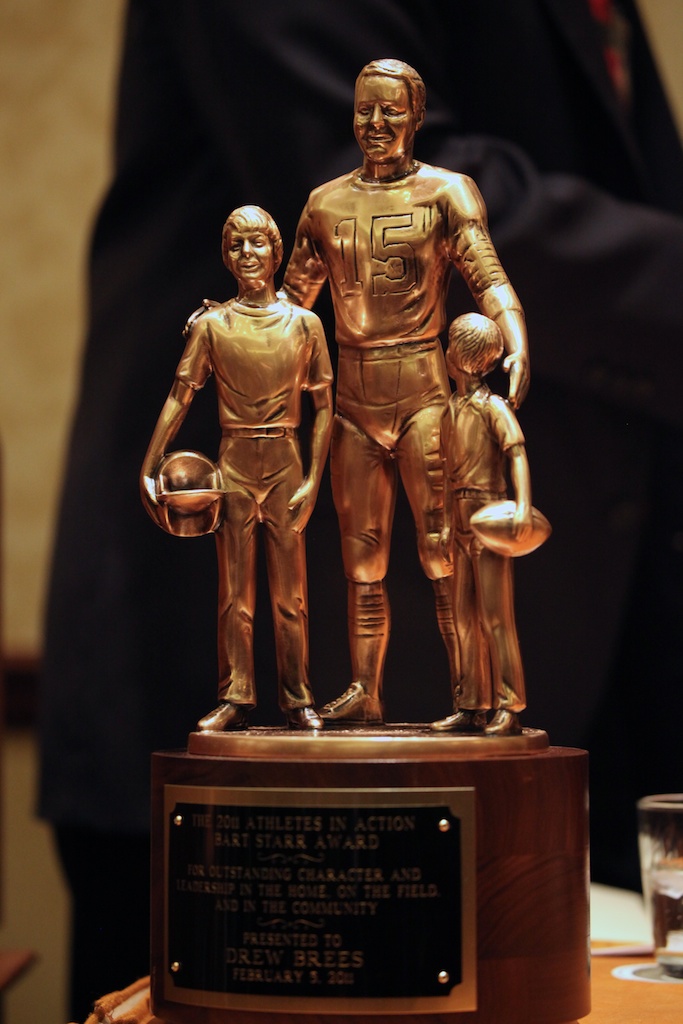 The Bart Starr Award will be handed out to Eli Manning. He was selected by his peers in the NFL from nine other contenders. In college, Manning played for Ole Miss and was eventually selected number one overall in the 2004 NFL Draft by the San Diego Chargers. His tenure in San Diego would never get started as he was immediately traded to the New York Giants. In his 16-year career with the Giants, Manning led them to two Super Bowl titles and was selected Super Bowl MVP both times. He was also selected to the Pro Bowl four times. His most recent award was the Walter Payton NFL Man of the Year award in 2016.

On Saturday, February 1st in sunny South Florida at the Diplomat Beach Resort, the 33rd Super Bowl Breakfast will take place. Sponsored by Super Service Challenge, the breakfast will boast names such as the Starr Family, Tony Dungy, Peyton Manning, and will be hosted by former NFL player and current American Ninja Warrior Co-Host, Akbar Gbajabiamila.

Tickets can be purchased by visting superbowbreakfast.com.

Bart Starr was a decorated quarterback for the Green Bay Packers; winning Super Bowls, championships, league and Super Bowl MVPs. Starr passed away last May at the age of 85, but exemplified a lifelong commitment to serving as a positive role model to his family, teammates, and community.

By earning the Bart Starr Award, Eli will be joining names like Aaron Rodgers and his own brother Peyton Manning. The award is given to the player who “best exemplifies outstanding character and leadership in the home, on the field, and in the community”. Manning has assisted personally in delivering supplies to Hurricane Katrina residents and raised 2.5 million dollars for the “Eli Manning Children’s Institute” at the University of Mississippi Blair E. Batson Hospital for Children. For the last 12 years, Manning has been a host for the Guiding Eyes for the Blind Golf Classic. Their mission states: “Every day, we work together toward a common and simple mission: to create meaningful connections between exceptional guide dogs and people with vision loss at no cost so that they can experience all of life’s adventures.”

Due to the passing of Bart Starr last year, this breakfast will be an extra special event. The weight the award now holds is that much greater, and few are as deserving as Eli Manning. The now-retired New York Giant will claim the award the day before the Super Bowl.

Athletes in Action is an international sports organization focused on equipping athletes, coaches, and sport-minded individuals to grow in their relationship with Jesus and multiply their life into others. By serving more than 60 countries, on over 200 college campuses, in 40 professional sport teams, and through digital resources, our ultimate goal is to see Christ-followers on every team, in every sport, in every nation.