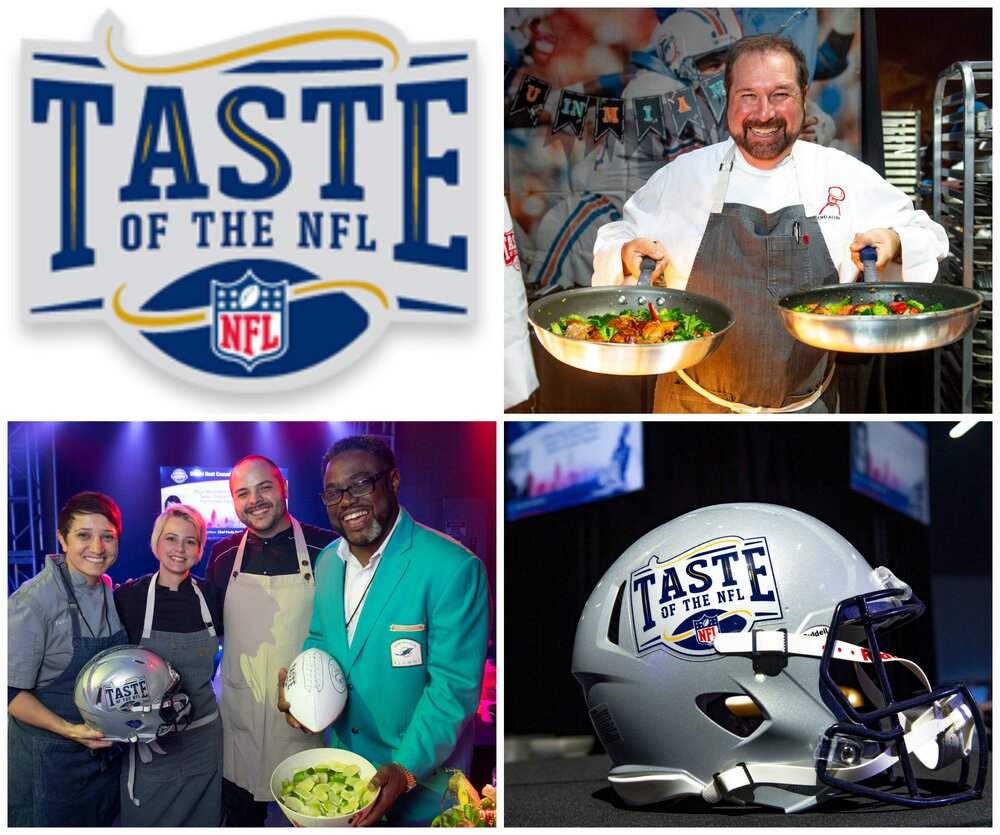 On Saturday, February 1, 2020, at 7 pm, Taste of the NFL will be in Miami, Florida at The Diplomat Beach Resort for one of the most epic parties of Super Bowl LIV.

Taste of the NFL will feature signature dishes from chefs representing every NFL city. Accompanying every chef will be a current or former NFL player. For fans in attendance, this means more than 35 food stations to sample wines, fine cuisine, and the opportunity to mingle with renowned chefs and NFL greats.

This amazing event isn’t just about the party. In fact, it’s about giving back. The mission of Taste the NFL is “to address the needs of the hungry and homeless by raising awareness and money through special events and programs.” For more than two and a half decades, Taste the NFL has been fighting to end hunger. In that time, they’ve raised more than $26 million, resulting in over 220 million meals for Americans in need.

What’s a party without entertainment? Heading the entertainment will be Derrick Wright – a top musical director and drummer in the entertainment industry who has worked with some of the world’s most notable singer/songwriters. Joining Derrick will be Amanda Brown, Ali Caldwell, Cheryl Pepsii Riley, Guy Lockard, Al Carty, Miles Robertson, Ricardo Ramos, and Peter Wise.

Tickets to this unforgettable event can be purchased at tasteofthenfl.com/tickets.