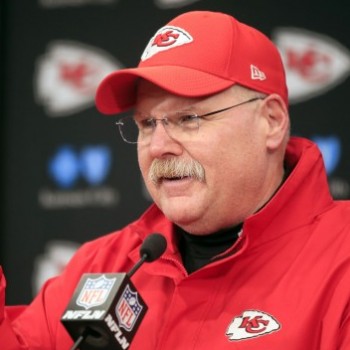 Miami, FL – Last week the Kansas City Chiefs knocked off the Tennessee Titans 35-24 in the AFC Championship game, earning themselves a spot in Super Bowl 54 against the San Francisco 49ers.  Chiefs head coach, Andy Reid, proved a lot of people wrong last week because a lot of people were chirping about his 1-5 Conference Championship record and felt like Reid was going to somehow let the Titans win the game. Reid came up with a game plan that exploited the Titans secondary in dominating fashion in the second half of the game, and they are the favorite to win the Superbowl.

Before his Super Bowl appearance with Philadelphia in 2005, critics complained that he was a good coach in the regular season, but when it really mattered and the game was on the line, Reid choked. However, through all the adversity that Reid received, he kept his composure. He owned his mistakes and always had a positive spirit, even while being on the “hot seat” for being too aggressive or too passive in his game plans.

After a long career in Philly, the Eagles moved in a new direction, and so did Reid. Kansas City hired Reid and he began going after players that could help out the organization. Reid ended up taking a risk with Alex Smith and it panned out for a couple of years before Reid ended up going into a new direction with Patrick Mahomes. Mahomes and all of the speedy receivers that Reid and his personnel acquired in trades or draft picks have helped propel this team to become one of the most dangerous teams in the NFL.

The question that everyone is asking is can Reid find holes in the 49ers secondary? The 49ers come into the game with the number one passing defense in the league and can put a lot of pressure on Mahomes and that young offensive line. Reid will have to find some way to get Mahomes, Tyreek Hill, and Travis Kelce involved early and frequently. Reid has a chance to end the debate about being a Hall of Fame coach without any championship rings if he could beat a stingy 49ers team. Reid is ranked sixth in All-Time coaching wins with 221. It should be an interesting Superbowl with the old veteran Reid going against Kyle Shanahan.